Ok People. Should we burn the magazines which printed these cartoons! 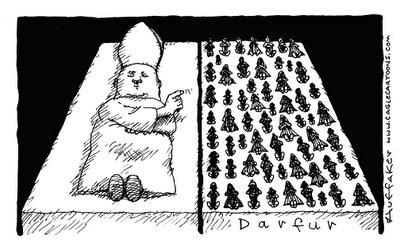 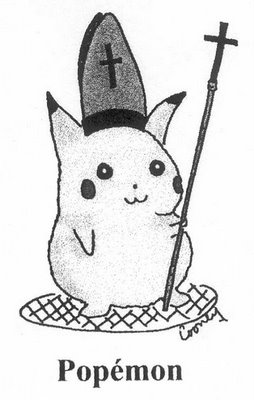 I have had enough! This was a phrase I uttered all week by many reasonable people in the media. OK. They came to Europe leaving their ravished towns and cities in the Middle East and North Africa. They came here to work. They have been welcomed. But now, for decency's sake, they have no right to break into our basic rights, limiting our freedom of expression. Let alone having fuelled the creation of fear and paranoia in many of our cities to levels seldom seen before in recent history. We are today subjected to go through quasi-full body searches prior boarding any plane for fear that some zealous believer might feel called to blow all up to pieces for whichever cause. We are afraid to board busses, trains and now even to speak up, to express ourselves... Remember Van Gogh the Dutch Film maker? Now it’s the Danish cartoonists' time to be punished for touching the Holy Grail, the sancti sanctorum, crossing the dreaded red line of one's expressions rights in Europe.

If they cannot fathom the difference between blasphemy and caricatures, between light hearted jokes and blatant aggression, between constructive criticism and blasphemy, then I suppose they can just pack and voluntarily leave. I surely don’t expect us to change so that their medieval thinking framework gets imposed on the rest of us.

I beg for common sense to prevail. I may understand a Christian Catholic like me to dislike showing my Pope in a bad light, especially if he happens to be old and frail...But surely we had no one in the Catholic Church attacking or threatening to kill the creators of the cartoons here presented on this personal blog. They are simply cartoons, caricatures. When Mehmet Ali Agca tried slaying the Pope in 1981 in Rome, no Christian group attacked Turkish embassies torching them to the ground. So why are Christians in Beirut being attacked? Why are Danes and Norwegians having their embassies burned down in Syria in revenge for a cartoon printed by a privately owned newspaper?

We are no longer free to be, really.

Anonymous said…
There should have been not even an apology...
3:13 PM PST

Anonymous said…
let them burn all the embassies...let them kill each other...for them by exercising these acts they will be saved and glorified...The Danish embassies where in Syria and Beirut for the Arab's sake, so as Danes can help these poor countries. Now, they won't help them anymore...in the name of ALlah or Muhammad, these people are destroying themselves, and each other. I don't tolerate what they are doing...they are imposing threats on us, all of us, cause Arabs are infesting our neighbourhood!
1:42 AM PST

As a matter of fact these happenings are clear signs of anti-democratic sentiments. We are living in 2006 and yet there is a Religion or better Religious Fundamentalists that do not tolerate any form of satire. I addressed them as Religious Fundamentalists because in my opinion these are not a true example of how a Muslim should be.
The same quote they are saying that they quoted from the Qur'an is practically identical to the quote of the Christian Bible... so the problem lies specifically in the semiotics of the phrase.

Why us Christians interpret such quote differently? On the other hand why do Muslims quote to the actual meaning word by word..

As a theological perspective, in able to understand the Bible, you have to dwell inside the meaning, anlayzing all facts in the light of the mentioned contest and in the light of the times that episode was written - that it is approximately 200 years BC. This a complex exercise that enables the researcher to gather a wider perspective of all the meanings of the scripture at that piont in time. In able to do so, researchers rely on other sources and historical studies of the period. So this entails a very long and systematically procedure.

Coming into concern to this actual happening, it shows that the Muslims (in this regards) are acting without boundaries, without putting things into perspective.

The result is a complete chaos. Someone has to stop this. The riots may get larger... I can't figure out why the Muslim authority is standing in favour of all this.

Many sociologists give major importance to the inclusion of theatre and arts in life. Such satire was proven very healthy in a democratic society.

This cartoon included even other religions... and yet only the Muslims reacted... (yesterday there was a killing of a Christian priest in Turkey - he was shot death by a child).

They burned many Danish and French flags... and they jumped with joy as if they were persectuting a Gihad... how they can possibly belive that their God (that is ours too) is happy for all this!!

Anonymous said…
Hey guys, lets not fall in the generalisation trap...It is not all the Muslims, but only some hard liners that are behaving violently. There are many peace loving Muslims that are against violence...
4:11 AM PST