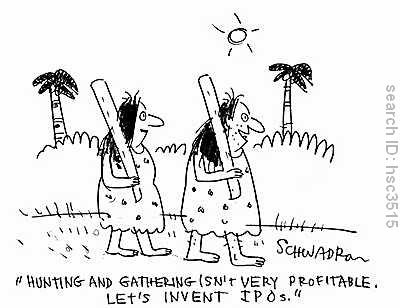 BirdLife demands tough action after ranger's shooting (Times of Malta 14.04.09)
....................................
Dmax Comment after the shooting of the hapless ranger:
...or maybe a gust of wind that blew over the fields of L-Ahrax tal-Mellieha so fierecly earlier this week, extracted the lead pallets deep from within the fertile red soils of Torri-L-Ahmar hill and scattered them across Ray Vella's face in revenge for his Land Rover trespassing former free-for-all hunting grounds...Or perhaps he was shot by alien invaders looking for the spirits of fallen trees (thousand were hacked to pieces by wondering spirits very recently)..or perhaps this wass a cleverly planned plot by our world leading road planners eager to stretch tarmac over the area to help Gozitans in their desperate haste to reach their distant shores by cutting their trip by a good 5 minutes drive!! Or ....perhaps...Was it self-inflicted? Did he also set his farm recently on fire, too? Maybe he likes to play with sulfarini (matches)?...Naughty boy, Ray...slap on the wrist!! Pastaz...

Surely there is no one else to blame in this island of virgins....: )
....................................
BirdLife Malta and Din L-Art Helwa have called for tough action by the authorities following the shooting this morning of the ranger of the Foresta 2000 afforestation project.
The ranger, Ray Vella, suffered slight head injuries and was released from hospital after treatment. The incident happened just after 6 a.m. as Mr Vella came out of his Land Rover at the afforestation site near the Red Tower in Mellieha.
Foresta 2000 is jointly managed by DLH, BirdLife and the Parks Department.
DLH President Martin Galea and BirdLife President Joseph Mangion condemned the incident and pointed out that this was the latest in a string of incidents against BirdLife. It was also the third violent attack against Mr Vella.
In all such cases, they said, no one was ever taken to court and unless there was tough action to find who the aggressors were, the situation could get worse.
The latest attack, they said, was unlikely to have been a mistake, given that Mr Vella was coming out of his Land Rover with the lights still on.
"We need a strong message from the authorities that they are in control," Mr Mangion said. He added that security at Foresta 2000 would be reviewed.
Mr Vella was previously shot at two years ago, suffering facial injuries. His small farm was torched last year.
Lino Farrugia, secretary of the Hunters' Federation (FKNK) said when contacted that he did not know the circumstances of the case, but the FKNK condemned any incident of this nature.
The Labour Party and Alternattiva Demokratika issued statements to condemn the incident.
The PL said this was an evil attack which could have had grave consequences.It expressed solidarity with Mr Vella, his family and BirdLife, who, with much sacrifice, maintain the woodland at Mellieha.
AD Chairman Arnold Cassola said some people could not accept that there were people and organisations who worked to preserve and take care of the natural heritage and that there were areas, of which there should be more, where priority was given to nature protection.
"We hope that those who resort to firearms and extreme violence are brought to justice as quickly as possible."
PS: Taken from: http://www.timesofmalta.com/articles/view/20090414/local/foresta-2000-warden-shot-injured