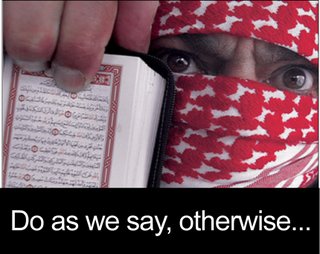 'Malta, Germany, Austria and other nations opposed to EU funding of human embryonic stem cell research proposed an EU funding ban last month in Brussels at a meeting of the EU’s 25 national science ministers, raising concerns that the minority group could force nations to remove this funding from the newest budget, even for scientists in countries where the research is legal.'

Malta (and when I say 'Malta' I mean the authorities) is against abortion and is also against divorce - even for couples married outside the Catholic Church.

I am writing on my behalf, and wish to associate myself with no political entity, but I am of the opinion that us Maltese should have a more open minded approach on such matters. Catholics are free to abide with their teachings. Fair enough. But the same as Islamic Shari-a Law should not be forced on non Muslims where Islam is a major religion, I cannot see why Catholic faith by-laws should be forced upon non-believers, or made into national laws (if not enshrined into the constitution, as well!) that can be indiscriminately applied upon minorities acting upon their own conscience irrespective of their religious believes.

I know this sounds blasphemous in Malta's claustrophobic microcosm. I know that I risk being labelled a weirdo. I tolerate divergent opinions but beg for an open mind approach that does not ostracise variant schools of thought. Labelling differing people as sinful is one thing, but making their actions illegal thus prosecutable by law is another. . .

I am not seeking votes therefore I feel at liberty to talk freely. I believe Europe is about ideals, and freedom of expression is one of them!