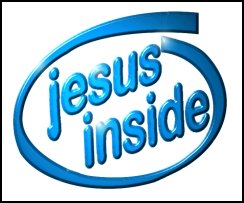 Father Righi says it is not his fault if the atheist cannot see the light
An Italian court is to decide whether a priest should be called to face questioning over whether or not Jesus Christ actually existed.
A court in the town of Viterbo, north of Rome, is considering a case brought by Luigi Cascioli, a devoted atheist.

Mr Cascioli sued Father Righi in 2002 after the priest attacked him in print for casting doubt over the legitimacy of the Christian gospels.

The atheist contends that Christianity relies on purely anecdotal evidence.

Lawyers for the priest and Mr Cascioli appeared before the judge on Friday to learn whether or not the case should be thrown out, the AP news agency reported.

"The point is not to establish whether Jesus existed or not, but if there is a question of possible fraud," Mr Cascioli's lawyer, Mauro Fonzo, told reporters.

Mr Cascioli, 76, was once a trainee priest, but drifted away from the Church and has spent much of his life as a committed atheist and anti-religion campaigner.

"This complaint does not wish to contest the freedom of Christians to profess their faith," he writes on his website.


Nevertheless, Mr Cascioli says he hopes to use the case "to denounce the abuse that the Catholic Church commits by profiting from its prestige to present historical facts as if they are real when they are only inventions".

He has written extensively on the subject, and his book, The Fable of Christ, provoked Father Righi into a public critique in a church newsletter in 2002.

The priest has countered that millions around the world have long believed in the evidence of the Gospels as well as thousands of other religious and secular writings.

"If Casciolo does not see the sun in the sky at midday, he cannot sue me because I see it and he does not%2