Look Who's Doing it Now! 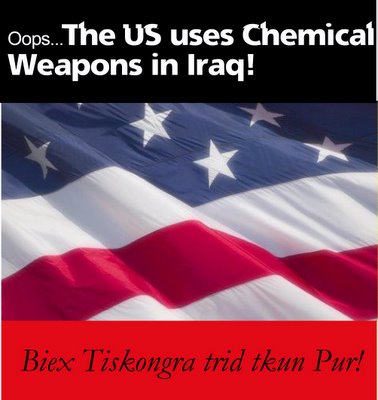 In Maltese we have a saying...'biex tiskongra trid tkun pur..." in other words, "only the pure can cast out demons'...

The US came out with a long list of reasons why Iraq was attacked, cos its harboring terrorists, financing them, creating them, cos its storing nuclear weapons, building long-range missiles, developing chemical arms, its leader killed his own people, disrespected human rights, bla, bla, bla...All bad but now we are seeing that on some counts the USA is not so 'pure' and righteous itself in its deeds... A shocking piece of news just released by Italian State TV 'RAI' explains why...

The Italians have historically been known as ambivalent allies...Recent history shows them first aligning themselves with Nazi Germany in World War Two till victory was within reach, only to shift sides after massive failures against superior Allied resistance...

Nowadays we are witnessing yet another colossal shift all'Italiana...The flamboyant Italian prime minister Silvio Berlusconi had it his way pushing Italy as a joint-ally of the mainly US and UK attack to 'free' Iraq from Saddam (...noticed 'another' reason for the attack?) only to change his mind after his troops faced continous flak and ridicule in Iraq, and at home his party experiences a barash in parliament and a media onslought.

The Italians are once again making a classical U-Turn, in what many are describing as another 'lost battle' and are preparing for a well-timed and honorable pull out...Lets wait and see....

In this light we must analyze the timing of the revelations against the USA from none other than one of their own allies...Its the Italian media's way of creating a justified reason for a pathetic retreat (because I cannot describe it otherwise) that can be sold to the people at home, and to what they must perceive as the gullible world at large.


The US assault began exactly a year ago...


Italian state TV, Rai, has broadcast a documentary accusing the US military of using white phosphorus bombs against civilians in the Iraqi city of Falluja.
Rai says this amounts to the illegal use of chemical arms, though the bombs are considered incendiary devices.

Eyewitnesses and ex-US soldiers say the weapon was used in built-up areas in the insurgent-held city.

The US military denies this, but admits using white phosphorus bombs in Iraq to illuminate battlefields.

Washington is not a signatory of an international treaty restricting the use of white phosphorus devices.

> Contact with particles causes burning of skin and flesh

> Protocol III not signed by US


Transmission of the documentary comes a day after the arrival of Iraqi President Jalal Talabani on a five-day official visit to Italy.

It also coincides with the first anniversary of the US-led assault on Falluja, which displaced most of the city's 300,000 population and left many of its buildings destroyed.

The documentary was shown on Rai's rolling news channel, with a warning that the some of the footage was disturbing.

The future of the 3,000-strong Italian peacekeeping contingent in Iraq is the subject of a political tug-of-war, says the BBC's David Willey in Rome.

The documentary begins with formerly classified footage of the Americans using napalm bombs during the Vietnam war.

It then shows a series of photographs from Falluja of corpses with the flesh burnt off but clothes still intact - which it says is consistent with the effects of white phosphorus on humans.

Jeff Englehart, described as a former US soldier who served in Falluja, tells of how he heard orders for white phosphorus to be deployed over military radio - and saw the results.

Last December, the US state department issued a denial of what it called "widespread myths" about the use of illegal weapons in Falluja.

"Phosphorus shells are not outlawed. US forces have used them very sparingly in Falluja, for illumination purposes. They were fired into the air to illuminate enemy positions at night, not at enemy fighters," the US statement said.

However, the Rai film also alleges that Washington has systematically attempted to destroy filmed evidence of the alleged use of white phosphorus on civilians in Falluja.

Italian public opinion has been consistently against the war and the Rai documentary can only reinforce calls for a pullout of Italian soldiers as soon as possible, our correspondent says.

Both the Italian government and opposition leaders are talking about a phased withdrawal in 2006.

President Talabani and the US say the continued presence of multi-national forces in Iraq is essential.