Are you sure its just Austria? 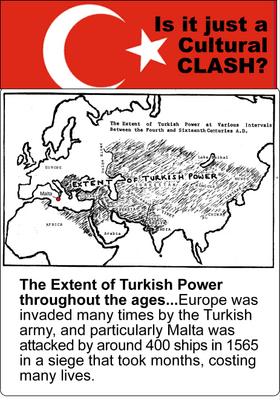 Efforts to salvage one of the most ambitious and controversial projects in European Union history - the opening of talks to admit Turkey - ended in failure yesterday.

Turkish membership talks are due to begin on Monday. But Austria left the process deadlocked by sticking to demands that Turkey be offered something less than full membership.

A British-chaired meeting of EU ambassadors in Brussels broke up after only an hour amid Austrian demands that the EU's formal invitation to Ankara be rewritten.

Austria's ambassador said the accession agreement should be stripped of a pledge that the goal of entry talks is EU accession for Turkey.

Austria also wanted the agreement rewritten to include a warning that even if Ankara meets all the EU's conditions, the bloc can still say no to full membership "if the Union is not in a position to absorb Turkey".

Such a half-invitation is unacceptable to Turkey, which has threatened to walk away if any new conditions are imposed.

The failed talks forced Britain, which holds the rotating presidency of the EU, to call an emergency meeting of foreign ministers for Sunday night - less than 24 hours before the Turkish delegation was due to arrive.

One EU source charged that Austria, where 80 per cent of voters oppose Turkish entry, "wants to stick two fingers up to the Turks". Another EU official said Austria was isolated 24-to-one. "If you start accession negotiations, you can't suddenly move the goalposts."

Britain has made it a central strategic goal to anchor Turkey - a Muslim nation of 70 million - firmly in the West, inside Europe.

The Austrian chancellor, Wolfgang Schussel, said that Turkey should be offered a clear alternative to full membership.

Mr Schussel, whose fragile conservative coalition faces tricky provincial elections on Sunday, said he was only listening to public opinion. EU diplomats expressed deep cynicism, noting that he had personally endorsed the existing wording of Turkey's accession agreement, not once but twice, at successive summits of all 25 EU heads of state and government.

Vienna's case has been tarnished by Mr Schussel's transparent attempts to link Turkey's case to the EU membership hopes of Croatia, a close Austrian ally. Other EU nations this year blocked entry talks for Croatia until it co-operates fully with UN investigators hunting war criminals from the Yugoslav conflict.

Diplomats from several countries predicted that Mr Schussel would ultimately cave in. They said he was waiting for a fresh gesture from the EU towards Croatia, which he could use to sell a Turkish climbdown to his own electorate.

Anonymous said…
In Principle, I have nothing against Turkey as a European Country to enter the EU. However, after doing some homework one will realise that Turks are not similar to Europeans, neither culturally nor religiously. So with their influx in the European parliament, and it won't be a small number, they might propose and even implement some of their beliefs, which might clash with ours, as Europeans. Its good that at least the Austrians stood up and halted the process of the Turkish union with EU. They had the will and guts to do it. As a Maltese conservative I would prefer that Norway joins rather than the Turks...hope that eventually they join(norway)!
10:27 AM PDT