Money Rules as Yahoo dishes one of its visitors to the Chinese Authorities... 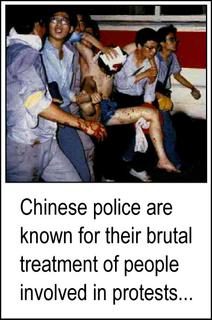 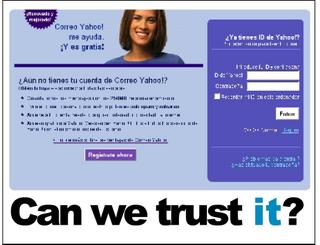 Yahoo is a major, respected search engine. We understand that like any other business it must ensure it assists authorities where criminal issues (such as child pornography, for instance) are concerned, but should it assist an authoritarian regime in persecuting political expression? What do you think?


As Western firms are rushing to invest in China, many are already talking about the next super power in the making. Few, however, are talking about China's appalling human rights record. Few governments are going beyond the usual rhetoric and actually penalizing this Communist turned Capitalist Dictatorship for the brutal way with which it 'manages' its people.

The following story is shocking for more than one reason: (i) Yahoo is a trusted search engine the world-over, so this story will definitely not going to fall on deaf ears with its multitude of users (especially in China), (ii) data protection laws are a big issue in today’s world and such a breach will send bad vibes to future investors in this potential super power house, about how much this country lacks basic civil freedoms and basic human liberties, particularly freedom of expression.


Read on. The following article has been taken from www.bbcnews.com

Internet giant Yahoo has been accused of supplying information to China which led to the jailing of a journalist for "divulging state secrets".
Reporters Without Borders said Yahoo's Hong Kong arm helped China link Shi Tao's e-mail account and computer to a message containing the information.

The media watchdog accused Yahoo of becoming a "police informant" in order to further its business ambitions.

A Yahoo spokeswoman, Pauline Wong, said the company had no immediate comment.

Shi Tao, 37, worked for the Contemporary Business News in Hunan province, before he was arrested and sentenced in April to 10 years in prison.

According to a translation of his conviction, reproduced by Reporters Without Borders, he was found guilty of sending foreign-based websites the text of an internal Communist Party message.

Reporters Without Borders said the message warned journalists of the dangers of social unrest resulting from the return of dissidents on the 15th anniversary of the Tiananmen Square massacre, in June 2004.

The media organisation accused Yahoo of providing Chinese investigating organs with information that helped link Shi Tao's personal e-mail account and the text of the message to his computer.

"We already knew that Yahoo! collaborates enthusiastically with the Chinese regime in questions of censorship, and now we know it is a Chinese police informant as well," Reporters Without Borders said in a statement.

Western internet companies have regularly been criticised for agreeing to China's strict rules governing the internet, which Communist Party leaders fear could be a tool to spread dissent.

Microsoft was criticised in June for censoring what bloggers write.

The companies say they have to abide by local regulations, and point out that since China is set to be the world's biggest internet market, they cannot ignore it.