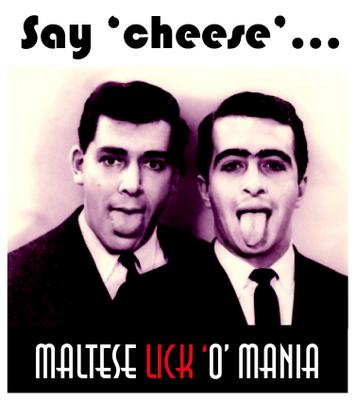 The Good Dogs that we are!
Licking the hand that feeds us is our middle name...

University students around the world are alert and ready to pounce on any political, social, artistic or religious issues of concern not just to their own direct interests, but those affecting others too.

From repressed societies such at China, Cuba and Korea to liberal democracies on our continent such as the Danes, the Swedes, the Italians and the Brits, students are seen massing in the streets sometimes marching against legions of armed police thugs in riot gear. From our parochial-narrow-minded-village-brain-box they defy logic, as more often than not they risk their lives to make a statement, to air their opinions on the war in Iraq, on gay rights, on freedom of expression, on economic or political reform in their country...

But not here in Malta. Our students have been doctored by years of pampering, political correctness, cultural potty training, religious spoon feeding, by years of 'mentally programmed omerta' that starts from before kindergarten...

You cannot bite the hand that feeds you, they say. The government is, after all, handing all local students financial incentives (stipends) to support their arduous intellectual development so that one day, they will provide our nation with an intelligentsia worthy of praise! Bla, bla, bla...

Hence, if not for that, how can one explain the almost absolute zero interest by local university students in current Maltese and regional affairs? Many could be heard expressing their enthusiastic, colorful opinions at wine bars or inside cafeterias. But that’s just about it. Few, if any at all, venture beyond their duo, trio or quartet of study mates to make their opinions heard to a wider audience.

Look at our newspapers. Ignore the Maltese ones as they are barely ever readable. The English papers are full of articles taken from international news and media organizations such as Reuters, Ansa and others that one can barely describe as 'yesterdays news' in today’s day and age. What’s left to read are local opinion pieces. That's all. Then yet again, aren’t all of these opinion writers (or arm chair critics) all over 30 or older?

Where is the younger generation? What are their opinions? Is it because they grew up in the relative peace and affluence of subsequent Nationalist governments that they are apparently so numb? So absent by their lack of recognizable expression on local media, if not on popular (pathetic) TV chat shows?

Why one rarely, if ever, comes across an article from a twenty year old student?

Many narrow minded, head-deep-in-the-sand popular idiots might claim that as we live quite well in Malta, why causing any useless stir? Why creating a fuss about issues that effects just a hand full of individuals that are generally at the periphery of society, anyway. You will most certainly see these type of people flocking around one or the other major political parties, hoping it will one day score them a good point in the their career rat race.

Other mind-in-the-sky holier-than-the-pope exclusivists might express dismay at the very idea of placing such issues as homosexuality, women rights, xenophobia or multiculturalism on a more prominent protest agenda. People of this class would rather attempt to instigate a personal revolution, one that starts with ones self, a more spiritual approach...

No harm done in that, if you are a believer and even if not. But why stop there? Why hide one's opinion? Why not trying to do more...?


Lagging Behind, in almost everything...

What about all others, average, good meaning students? Are they all so caught up studying for their credit race (or re-sits)? Are they so deep into their research? If so, how come we have such a lack of significant intellectual achievement record when compared to other EU members, with one of the lowest rates of science and IT graduates in the whole continent... How come there is little or no talk on local research and development?

What about innovation in the fields on industry, construction, energy preservation, environmental control? Aren't we capable of developing our nation at a faster rate? Look at Israel. Its not an EU country and irrespective of their national internal plights one has to give them good credit for the wonders they made of their middle eastern nation. Their environment, their economy, and their innovative ideas stand out more than their renowned national pride. God Bless them!

Will anyone please come back with comments? It’s very frustrating to see so little response if not from the comments I get from people living thousands of miles away - which I really appreciate.

I am considering stopping with my blog. It’s painful and useless...apparently...

What do YOU think?