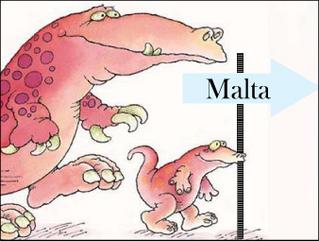 Big game 'could roam US plains'

Here is a good idea ...that will help us scare hunters off...or attract new ones...ma nafx...

The animals would fill a void in the ecosystem
If a group of US researchers have their way, lions, cheetahs, elephants and camels could soon roam parts of North America, Nature magazine reports.
The plan, which is called Pleistocene re-wilding, is intended to be a proactive approach to conservation.

"If we only have 10 minutes to present this idea, people think we're nuts," said Harry Greene, professor of ecology and evolutionary biology at Cornell University, US.

"But if people hear the one-hour version, they realise they haven't thought about this as much as we have. Right now we are investing all our megafauna hopes on one continent - Africa."

During the Pleistocene era - between 1.8 million to about 10,000 years ago - North America was home to a myriad of mega fauna.

Once, American cheetah (Acinonyx trumani) prowled the plains hunting pronghorn (Antilocapra americana) - an antelope-like animal found throughout the deserts of the American Southwest - and Camelops, an extinct camelid, browsed on arid land.

But man's arrival on the continent - about 13,000 ago, according to one prevalent theory - pushed many of these impressive creatures to extinction.

Their disappearance left glaring gaps in the complex web of interactions, upon which a healthy ecosystem depends. The pronghorn, for example, has lost its natural predator and only its startling speed - of up to about 60mph - hints at its now forgotten foe.

By introducing living counterparts to the extinct animals, the researchers say, these voids could be filled. So, by introducing free-ranging African cheetahs to the Southwest, strong interactions with pronghorns could be restored, while providing cheetahs with a new habitat.

"Obviously, gaining public acceptance is going to be a huge issue, especially when you talk about reintroducing predators," said lead author Josh Donlan, of Cornell University. "There are going to have to be some major attitude shifts. That includes realising predation is a natural role, and that people are going to have to take precautions."

However Americans might do more than put up with their new compatriots - they might actually welcome them.

According to Dr Donlan and his colleagues, the re-wilding plan would offer ecotourism and land-management jobs to help the struggling economies of the Great Plains and Southwest.

Dr Donlan said that large tracts of private land are probably the most promising place to start, with each step carefully guided by the fossil record and the involvement of experts and research.

"We are not advocating backing up a van and letting elephants and cheetah out into the landscape," he said. "All of this would be science driven."