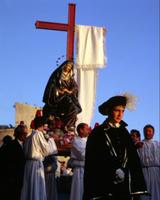 The ceaseless ranting about when human life begins makes happiness very difficult to find these days. The way our politicians and their appointed committees are chuntering on, you would imagine that whether life begins at conception is something that has never been debated before, anywhere in the world at any point in history, and that it is now up to them to decide for the rest of humanity and for all time. Malta is going to set an example to the rest of the world. If it were not so fascinating, in the way that a really bad horror film starring Paris Hilton and plenty of hot wax is fascinating, then it would be embarrassing. Worse still are the attempts being made to jump through Catholic hoops while still keeping content the baby manufactories and those who wish to keep on using them (as they have every right to do). If you bend over backwards far enough, you’ll find your head dipped in hypocrisy, and we’re getting dangerously close to that. Listen to this, for instance. Tests for congenital disorders will be allowed to take place on eggs fertilised in the laboratory, before they are implanted in the woman’s body, so that if a congenital disorder is present, the fertilised egg may be discarded. But similar tests will not be allowed on the eggs that have been fertilised through the time-honoured method of a good roll in the sack, because they are – oh dear – already inside the woman’s body and discarding them means abortion. There’s another big battle of contradictions up ahead, too. The Bioethics Consultative Committee, which was appointed by the government, has agreed (presumably, while the rest of the world waited with bated breath) that human life starts at between 14 and 24 hours from when the sperm penetrates the egg. If this definition is accepted by our parliament, it will no longer be possible for the government to uphold its ban on the importation and sale of the so-called ‘morning after’ pill, which works by causing the woman’s body to reject the egg within just a few hours of penetration by the sperm, hence this pill’s common name. There’s one thing that can be said for the clever people who will be deciding all this for the rest of us not-so-clever ones: they’re going to be far from happy. Rather them than me.

I have a question for all those who bothered to read this: Does being a Catholic mean you hear what they teach you but do what you the hell you feel like anyway? We all condemn pornography, then we still peep on to it? We are all against sex before marriage, then we give in to it? We are all for rules, then we are all hbieb tal-hbieb? If that is so...is Catholicism a' la carte the way to live??? Because that's the way it is looking....