On my splitting headache... 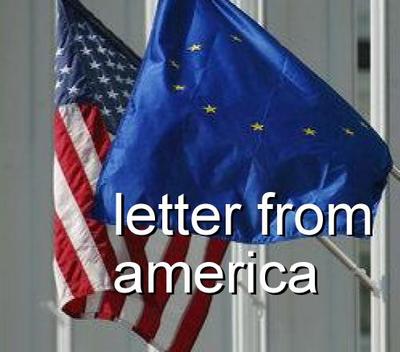 I welcome Travis from the US for his direct response to my piece on Malta's Area 51... We are glad that at least someone, albeit from afar, came back with a divergent opinion...

This seems to be a very sensitive topic in Malta, as it is in the U.S. and other countries were abortion is legal. As a U.S. citizen who believes that the mother (and in some cases the father) has the right to choose whether or not to continue an unwanted pregnancy, it is sometimes hard to draw the line as to when the decision to terminate a pregnancy comes too late. I would hope that the vast majority of abortions in the U.S. occur within the first three months, but I’m certain that late-term abortions take place as well. In the study recently published by JAMA, researchers are confirming that terminating a pregnancy at five-and-a-half months is painful for the unborn child, which has developed most of life’s necessities, as well as for the mother. Pro-choice advocates are unlikely to dispute that abortions after this five-and-a-half month milestone should be performed unless extenuating circumstances are present, such as serious birth defects or a mother’s inability to carry the child to term for health reasons.

It is interesting to note how the legalization of abortion in the 1970s has changed America today. I’ve recently been reading Freakonomics by social economist Steven Levitt and he points out an interesting correlation between the legalization of abortion and the reduction of crime in America that began to appear 16 years later. He came to the conclusion that this trend was due to the reduction of the birth rate of those individuals with the highest likelihood of becoming criminals (those born to poor or single-parent households in inner-city neighborhoods). While there are probably other issues that may account for this downward trend, it does seem to hold some credence.

While many people don’t agree with my decision to support the right to terminate an unwanted pregnancy, I believe the alternative is worse. Children born into families where they are either neglected or abused by parents who do not want them grow up harboring a negative few of the world and will likely make the same poor decisions their parents made. Further, if they aren’t able to find value in their own lives and the lives of those around them what is to prevent them from becoming criminals. It’s easy to see that this is a vicious cycle that abortion may help to quell. By allowing these abortions to be performed by doctors licensed by a medical certification board that can ensure its safety, women are not forced to find underground abortion practitioners that may or may not care about the physical ramifications the mother may face as a result of the procedure.

I apologize for posting such a lengthy comment about this topic. This is an issue that definitely deserves a lengthy debate and I applaud you for bringing the issue of abortion in Malta to light on your blog.