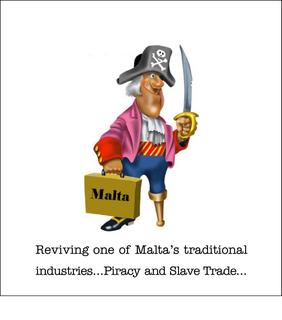 Leaflets bearing a violent message against foreign workers and illegal immigrants have been scattered in the streets of Birkirkara announcing that the "hunting season on land and on the sea" for these people is open all year round.

Dozens of these leaflets, reading "Stop immigration", were left in Main Street but those responsible stopped short of throwing any along the stretch leading to the police station.

The leaflets, signed KKK and bearing several images of the skull and crossbones, were also strewn in other parts of Birkirkara by unknown persons.

"We do not want you in Malta. Get out or we will start killing you," the vicious message had read.

Last June unknown persons put up a number of makeshift posters in Blata l-Bajda, Msida and Floriana urging people to "defend the country from the invasion of immigrants". The posters were signed MPM overlying a Maltese flag.

If identified, those who put up the posters or distributed the leaflets could be charged for inciting racism.

The incidents are the uglier side of what appears to be a growing intolerance towards illegal immigrants. In a survey carried out by The Sunday Times, reported last Sunday, 97.3 per cent of the respondents said no one had the right to come and settle here while 90 per cent said they did not want Africans, Arabs, Palestinians or Jews living next door to them.

Only 21 per cent said they were willing to grant asylum to those fleeing political persecution.

Malta has been flooded by illegal immigrants over the past few years. Since 2002 a total of 4,479 have landed here, of which 2,900 have been repatriated.

A total of 903 have arrived so far this year. There are currently over 1,000 housed in detention centres and over 1,000 in open centres.Most of the illegal immigrants hail from Sudan, Eritrea, Somalia and the Ivory Coast. Malta has a very high acceptance rate of applications for asylum because most of the immigrants come from countries known for political persecution and internal strife.

A number of them, however, are economic migrants who are lured to the west by images of an ideal life and wealth projected on TV screens.

Malta, along with 15 EU countries and Libya, are currently having talks on the theme Saving Life At Sea And In The Desert.

Assistant Police Commissioner Andrew Seychell said the number of immigrants arriving here was putting a lot of strain on resources but one had to look at the human tragedy behind the phenomenon.

"People often comment about the perilous journey immigrants embark on, trying to cross the Mediterranean on a boat. We know most leave from Libya and hope to end up at Lampedusa. Some drift and end up in Malta.

"Few stop to think about the even more dangerous voyage they would have first undertaken to cross the Sahara in order to make it to Libya," Mr Seychell told The Times.