Why did they join the Union, anyway? 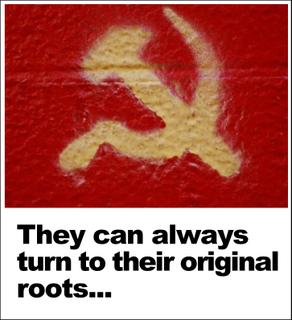 19.08.2005 - 09:20 CET | By Lucia Kubosova Most Czechs oppose the continuation of the EU constitution’s ratification, a new poll has suggested.

The Czech republic has put off its plans for the referendum on the new treaty after its rejection by French and Dutch voters earlier this summer.

Around 40 percent of the respondents to the latest survey by an independent STEM agency claimed they were against the document’s revival, while only 25 percent said the opposite, Czech news agency CTK reports.

The poll also showed higher support among citizens with a lower level of education for completing stopping the ratification marathon, while Czechs with university degrees tend to call for the process to carry on.

Although the constitution can only come into force if all EU member states ratify it – Czech supporters of continued ratification argue that citizens from all the countries should get a chance to express their voice.

Prague has joined several other capitals that have delayed or frozen their plans to hold a referendum on the new treaty, such as London, Dublin and Copenhagen.

The move is in line with a decision by EU leaders in June calling for "a pause for reflection" and scrapping the original November 2006 ratification deadline.

The Czech prime minister said after the summit that the referendum in his country would be postponed until the end of 2006 or beginning of 2007 depending on the political situation.

High-profile constitution battles in Prague
While Czech citizens would currently reject the constitution in a referendum, according to recent polls, the country’s leaders are sticking to their opposing views on the document.

Czech president Vaclav Klaus, a well-known opponent of deepening EU integration and the new treaty in particular, has recently suggested the bloc should be transformed into a new "Organisation of European States", which would lead to a union of states, not citizens as is proposed by the adopted constitution.

On the other hand, prime minister Jiri Paroubek argues Mr Klaus’ ideas and his push for purely free market-oriented body would mean a step back for Europe.

The row between the two had previously lead to a warning from the social democrat cabinet leader the president’s official trips abroad would be cut down because of the ideas he was presenting as the head of the Czech Republic.

But the two leaders later agreed on how to present their views abroad - differentiating between their personal views and the country's official positions.